Skip to content
+919440369772drdevendrakumarmdhomeo@gmail.com
Consult Now
– J. Cicchetti,
Case 3
Sandra is a 40-year-old businesswoman, married with three children. She comes to me because she wants to strengthen her immune system. 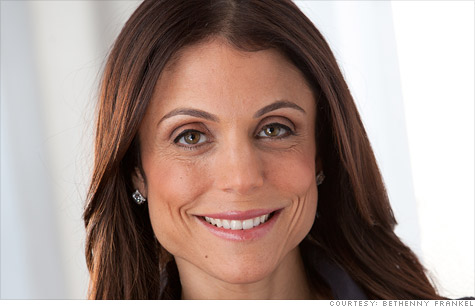 “I’m the mom. I get sick when my kids bring things home.”
“I’m beginning to feel the symptoms of arthritis. I can feel it in my fingers.”
“Horrible menstrual cramps with PMS-very sleepy, emotional, angry.” (Feels better as soon as the flow starts. Menses are beginning to be irregular.)
“Whenever I was taking a self-help seminar or doing yoga or meditation and I had my period, I didn’t have cramps.”
“I’m in a stage of my life where I want to get away from everything, my work, my kids.”
“I’m very creative and artistic, but I haven’t done much of this in the past five or six years.”
“I need to get away now. Mother overload. I love my kids, but I don’t like the maintenance.”
Sandra has dark red hair and lots of freckles. She is very lively and extremely loquacious. She has recurrent dreams about being late and missing a plane or a car. Her father died of cancer when she was 15; he started getting sick when she was 13. She was devastated by this. “That loss was always with me.” She doesn’t need to sleep more than six or seven hours each night and feels refreshed after a nap of less than five minutes.
At first, I suggest Lachesis 200c for Sandra. After this, her periods become regular again and she has no PMS or food cravings. She feels more relaxed and the “desperate feeling of having to get out from under my family” is gone. She has a very interesting dream where she sees herself as a snake coming out of its skin. As she touches the snake, it becomes a big fertile mother pig. She says, “That was me for the last year.” Assessment: Doing very well-no remedy needed. Seven months later, I repeat the remedy because of what appears to be a relapse after dental work.
Eight months after the first prescription, Sandra develops terrible pains in her neck-stiffness with tingling in the back of the head. “Feels like my neck can’t support my head.” She has a lump on the side of her neck that has been diagnosed as a fatty cyst. She is going to many doctors and cannot get a diagnosis. She has great anxiety about her health.
What is going on here? Is she proving Lachesis after all this time? I don’t think so. Her symptoms are still covered by Lachesis. Perhaps she is moving to a deeper level of healing. I give Lachesis 1M which does nothing. This is a very tricky time during treatment. I feel that there has been some very deep healing for Sandra, and know from experience that transformation often kicks up other symptoms. I let her know this and, at the same time, support her in her search for the allopathic reason behind her symptoms. She visits many doctors and develops other strange symptoms, one thing after another-gastric reflux, dry eyes, dryness of the mouth, wandering arthritic symptoms, and muscle twinges that feel like electric shocks. She has gone to many doctors who rule out MS and Sjogrens syndrome.
13 months after first prescription.
Sandra has not had a remedy for five months. She reports the aforementioned symptoms and is preoccupied with aging and her own mortality. Assessment: The Lachesis has uncovered a deep existential anxiety that was previously experienced during the illness and subsequent death of her father. I prescribe Nux Moschata 200c based on the dryness, ailments from grief, and wandering arthritic symptoms. (Note that all three cases had suspected Sjogrens syndrome, which was found to be negative.)
15 months after first prescription.
Sandra reports that she’s better. Dryness of eyes and mouth cleared up quite a bit.
“I don’t feel as anxious.” “Still have some muscle spasms, but I’m operating under the assumption that this is going to clear up.” “I also realize that I’ve held anger in; I’m continuing to feel layers of it. Now is the time to get back to who I am.” “When I wasn’t feeling well, I couldn’t do certain things but I was without guilt. I was able to speak with my children. It improved my relationship. For a long time I felt there was something seriously wrong with me. I was holding so much fear and tension. That was what this was all about.”
Assessment: The remedy is the simillimum.
Repeat Nux Moschata 200c.
20 months after first prescription.
Sandra reports, “I am well. Muscle spasms are gone. Sleep is good. Have been practicing Zazen-something for myself. I think I wasn’t accepting where I am-that I have three kids and this is where I am. I love them and this is my life. I had been frustrated, it was a state of mind and that has shifted. I’ve started making more time for myself.” Assessment: Doing very well. She is very conscious of what has gone on in the healing process. This is, in my opinion, very important. No remedy required.
22 months after first prescription.
Sandra reports that she is feeling good. There is some residue of the muscle twitches. “I’m not really concerned about them.” “I feel I’m really defining who I am and what I want to do. When I had tried to define who I was-I was trying to be who I was before I had my children. That wasn’t possible. My excuse was, “the kids wear me out.” The truth was, I didn’t want to confront the real me.” Assessment: She’s doing well and will probably not need another remedy for a long time.


Summary
In all three cases we see the “out of body” experience of Nux Moschata-the feeling of being far away from oneself, of going to sleep to oneself. This is typical of any remedy, like nutmeg, that has narcotic properties. But, unlike some of our more exotic narcotic remedies, nutmeg is commonly found in the kitchen. It has its own unique “flavor”-grappling with the great existential question “Who am I?” within the context everyday life. None of these women has gone to Tibet or taken psychedelics. They are at home, in everyday situations, struggling with this question.
As we understand the essence of Nux Moschata, we will use it more often. I believe it is a commonly needed remedy, often confused with Lachesis (loquacity, excitability, agg. before menses), Pulsatilla (wandering pains, changeable moods, symptoms during pregnancy), or Opium (sleepiness, out of body experiences).
The following categorizes many symptoms that I have seen in my cases cured with Nux Moschata:
Out of body
Faints easily. Fainting from the sight of blood.
Overpowering sleepiness. Narcolepsy. Extreme drowsiness.
Bumps into things. Has accidents because she is not in her body.
Clairvoyance.
Can seem intoxicated, as if on drugs.
Feels as if in a dream. Spaced out.
Numbness of body parts.
Changeable
Dullness of mind or extreme clarity of mind. Spaced out or chatters.
Changeable moods.
Laughter, cheerfulness, giddiness alternating with depression. Wandering rheumatic pains in joints and muscles.
Laughter
Giddiness, laughs at serious matters. Loquacity and laughter.
Dryness
Dryness of mucus membranes and eyes.
Dry mouth without thirst.
Lack of perspiration.
Nux Moschata is an important remedy for Sjogren’s syndrome -dryness of eyes and mouth, rheumatoid-like symptoms.
Freckles
Nutmeg has been used to remove freckles. I have six cases of Nux Moschata who are doing well. They all have reddish hair and freckles-lots of freckles.
Female hormonal system
Symptoms worse before and during menses, during pregnancy. Complete change of personality during pregnancy (Vasillis Ghegas).
Digestion
Tremendous bloating and constipation with soft stool.
Very chilly
Ailments from mental shock, grief, disappointed love, intermittent fevers.
Kent: “Useful in the coma of typhoid and intermittent fever. When aroused she remembers nothing; looks about and wants to know who the people are around and what are they doing… We find such a state in typhoid, in hysteria, after shock, after fear, blighted affections or the loss of a friend.”